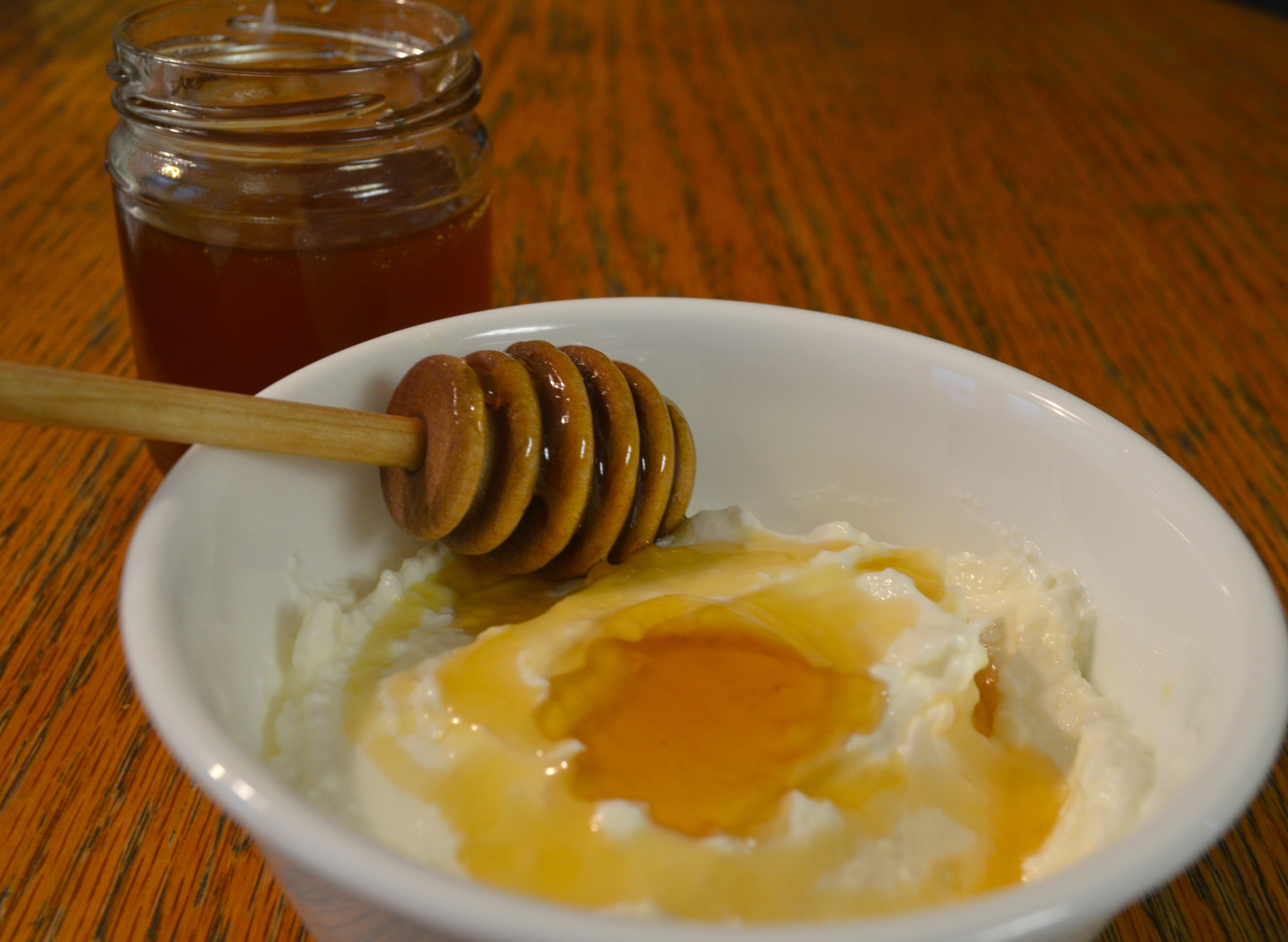 Healthy, creamy, thick and rich, GREEK YOGURT has my heart. Add just a drizzle of sweet honey on top, and your taste buds will scream for more. Yogurt has been made for thousands of years in many cultures, so let’s thank whoever originally thought that consuming “spoiled” animal’s milk was a good idea. It was a brilliant idea. In the last decade or so, Greek yogurt has skyrocketed in popularity and dominates the dairy sections in grocery stores worldwide. Basically, the difference between regular yogurt and Greek yogurt is thickness and fat content—makers strain Greek yogurt multiple times to remove the liquid whey which makes it thicker than regular yogurt. It’s packed with more protein and fewer carbohydrates, and yes, the process increases the fat content. It’s easy to find dozens of Greek yogurt options these days as many manufacturers have been putting “Greek” on their yogurt labels to join the obsession—but don’t let the label fool you.

If you’re like our family, Greek yogurt is constantly consumed, meaning big time strain on the wallet. Although you can quickly pick up yogurt from the dairy aisle, I recommend making your own. It’s so simple to make and definitely much more rewarding to eat—plus you’ll be getting more bang for your buck.

For just the price of one gallon of milk you can make your own giant bowl of Greek yogurt that triples the amount of creamy decadence. Fair warning though—after you make your first batch of Greek yogurt, you’ll be getting weekly requests to make it for friends and family.

I first learned how to make Greek yogurt from the Katsanevas family (a family that makes up about a quarter of the Greek population in Utah, it seems). In the mid-1950’s, nine Katsanevas brothers and sisters immigrated to Utah from Crete. Just one brother, George, decided to stay back in their family’s horio (village) of Kampous, Crete—a small but beautiful mountain village outside of Chania. I met George in his horio during the summer of 2014 with my cousin Chris Metos, who is a Katsanevas on his mother’s side. Extremely humble and generous, George served us four different and filling Greek meals during our one-day visit.

I love a good chow down. But I felt certain that if I took one more bite of anything I’d turn into Violet Beauregarde from Willy Wonka and the Chocolate Factory—and would have to be rolled out of the village. Suddenly, George brought out his homemade yogurt. My eyes lit up. My spoon made short work of his masterpiece. In my broken Greek, I told him I wanted to learn how to make Greek yogurt just like him, and in his broken English, he told me his family in Utah makes it just the same and to learn from them.

Two years later, two important things happened. I met Louie Katsanevas, George’s brother, while eating a jalapeno burger at Crown Burger (a famous Katsanevas family burger joint). Louie was overjoyed to share his yogurt-making tips and proud to learn I had long sought his recipe. Turns out, that life-changing yogurt truly is easy to make. The basic principle is this: If you like yogurt runny, strain less; if you like it thick, strain more.

That same year, dear George passed away. I think of him every time I stop at the grocery store for a few gallons of milk to create more batches of his splendid yogurt. I hope you appreciate how easy and how packed with family love this truly is.

Dedicated to George Katsanevas, who passed away in 2016.

Directions:
1. Set your stovetop to medium. Pour water into a large pot then add milk.
2. Heat for about 30 minutes or until temperature reaches 180 degrees. Use a thermometer. Many cooks use a finger to measure heat, but I’ve never met two who measure the same way.
3. Remove from heat and pour into a large glass bowl. Let the milk cool to 118 degrees (approximately 90 minutes).
4. Stir in the 2 tablespoons of yogurt starter. (After your first homemade batch, you can use your own yogurt as your starter).
5. Cover the bowl with plastic wrap and place a towel over and around the entire bowl. Place bowl in a warm area of your kitchen or in your oven with the oven light turned on. Let your bowl sit for up to 24 hours. If you’ve measured correctly, the milk is firming up and you have a batch of yogurt.
6. You must strain for Greek yogurt, so pour the bowl contents into a colander lined with several layers of cheesecloth. Use a plate beneath to catch the liquid drips. (You can also pour your liquid into a large milk bag strainer, which can be purchased online).
7. Let the cheesecloth contents sit in the fridge for 5-8 hours. Once the yogurt reaches the desired thickness, stop the straining process. Transfer yogurt to storage containers.
8. Enjoy your Greek yogurt plain or top with honey, nuts, fruit or all three!

Hello! Welcome to my page, where you'll find my favorite recipes, plus learn about my thoughts on life, travel, and fitness. Read more about me here!