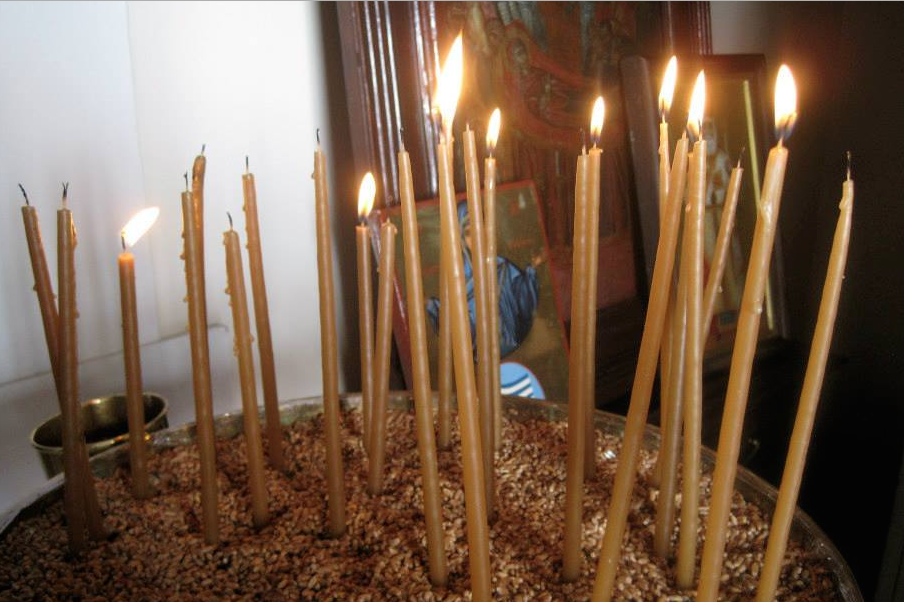 Easter is my favorite day of the year. It’s when Greeks and other Orthodox faithful around the world celebrate the resurrection of Christ. But, it’s not just Easter day that’s important. It’s the days leading up to it—40 days to be exact. Called the Great Lent, it is forty days of prayer and repentance, of fasting and preparation, and attempting to explain to your non-Greek friends why your Easter is a week or sometimes a month after theirs. Everyone does lent differently. Some will pray, others will fast, few will do both, and many don’t bother with any of it. Over the years I’ve been a part of every group. So, I’ve learned to do lent my own way, and so can you. You don’t even have to be Greek nor religious to follow this lent. Think of it as 40 days of abstaining from something—anything, for a healthier body and mind.

A strict fast for 40 days is hard for me. It’s the longest fast of the Orthodox calendar, and if followed strictly that means one must abstain from meat, eggs, dairy products, fish, wine and oil. I can abstain from meat the whole time no problem, but no meat without any dairy or fish is difficult. I used to beat myself up over the fact that I wasn’t able to follow the strict fast, “it’s only 40 days, it’s really not that hard,” I would tell myself. But it really is that hard for me and could be hard for you as well, so don’t feel guilty if your Orthodox friend is eating fasolakia every day and you’re eating a hamburger. One of the best things I’ve been told that pertains to lent is, “it’s not what you put into your mouth, it’s what comes out of it that is important.” This changed my perspective of lent.

As lent approaches, friends and family question about what the other is “giving up.” Lent begins to sound like an abridged version of a New Years resolution, and that’s because not everyone can “give up” meat, eggs, dairy products, fish, wine and oil for 40 days, so they choose other things to abstain from. If you’re able to follow the strict fast, I admire you, as it is something I have yet been able to master. So, I join in on the discussion. Instead of thinking of it as something you’re “giving up,” think of it more of something you may have lost control over, and to give yourself that discipline of gaining that control back. I’ve heard it all: no more sweets, no alcohol, no meat and dairy three days a week, no social media, follow the strict fast during Holy Week, no swearing, and so on. It’s really interesting to hear people talk about what they want to abstain from for 40 days, and what they hope to gain back. Sometimes it’s a reflection of what they may be struggling with, and they use lent as a way to help them reduce that struggle for a short period of time, or remove it out of their lives completely. The thing is, we all need something different.

Like any other millennial, I’m addicted to social media. I constantly check it for updates of my friends, family, and strangers. As lent approached one year I felt an urgency to remove Twitter, Instagram, Facebook, and Snapchat from my phone. For 40 days I ate my food without having to take a picture of it, I congratulated a friend over lunch on her engagement rather than “liking” it, and I didn’t post my thoughts on twitter, I spoke them aloud. I’ve never felt freer. I’ve also never felt healthier. All the time and energy I put on social media was spent on things like working out more, spending more time with my family, and I even prayed more than when I abstained from meat for 40 days the previous year.

My older brother is a social butterfly. Some call him the Mayor of Salt Lake City, because wherever we go, he knows someone. Being the “Mayor of Salt Lake City” is tough; he has business meetings at bars and restaurants during the week and likes to catch up with his friends on the weekends over a drink. Beers and cocktails are common in social settings, and sometimes hard to avoid. Lent has become a point in the year where my brother says no to the beers and other alcoholic beverages and he carries on after the days following lent as well the best he can. I like to do the same.

One of my very best friends follows the Orthodox fast to a tee. Because of her I follow the strict fast Wednesdays and Fridays throughout the year, and eventually she may be the one that helps me follow a strict fast year round. To her and her family, fasting is the absolute most important part of their faith. Fasting cleanses their minds and strengthens their bodies and to quote my friends Papou, “fasting is such a minimal sacrifice vs. the ultimate sacrifice He did for us.” We are both different and the same: she grew up with the fast and has never lost it, and I am still learning to follow, both of us of the Orthodox faith.

Our struggles and paths are all so different, and what may be easy for you to give up or practice, may be hard for someone else. And as each year passes, our struggles may change, and therefore the way we do lent may change year to year. That’s why I like making lent my own, because until I’m able to do a full strict fast, I must do the best I can by abstaining from the foods I can. I reflect on what is negatively affecting my well-being and I take action to rid myself of it. I urge you to make lent your own. Choose what works for you or what you need to gain control over and remember not to worry about what the person next to you is doing this lent.

Hello! Welcome to my page, where you'll find my favorite recipes, plus learn about my thoughts on life, travel, and fitness. Read more about me here!